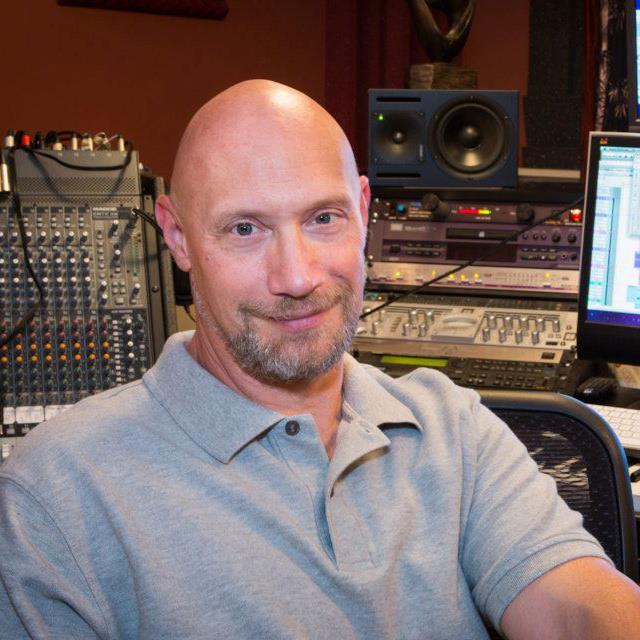 With over three decades of experience in the business of music production Casey Filiaci stands as a widely respected and complete professional. He always delivers the highest quality music product while staying on budget, delivering on time and keeping his commitments.

After starting piano at age 3, Casey played his first professional gig at age 12. (He still wonders why it took so long!).  Upon earning a degree in composition from the prestigious Berklee School of Music in Boston he pursued a career as a jazz pianist and composer but quickly changed course after being exposed to the world of music production and recording.  It was in this world that Casey's natural talents bloomed.

Besides being a two time Emmy nominee for "Best Sports Music" for his work with HBO and being signed to an Atlantic Records recording contract, Casey has, over the years, earned multiple Silver Mic and Telly awards for his jingle work. His name can be found in the credits of premier productions all across the media spectrum including theme music for the NBC U.S. Olympics, HBO's Main Movie theme, "When It was a Game", "Inside the NFL'' and World Championship Boxing"  as well as the soundtrack for the The Baseball Hall of Fame Theater in Cooperstown, film score for "The Next Big Thing" and much more.   You can find a healthy listing of Casey's work in the credits section.

Over the years Casey has worked with world class musicians in studios from NYC to LA and provided music for premiere clients such as Disney and HBO. He has access to a wide array of professionals for use in his productions. He has worked with and produced music in every genre including rock, hip hop, jazz, country and classical. He stays in demand because of an unwavering commitment to his clients, his craft and by maintaining a state of constant innovation.

Most recently Casey has entered the field of musical theatre. His first foray into musical theatre resulted in "Plagued--A Love Story" written by Atlanta playwright Vynnie Meli. Selected to be a part of the well known New York Musical Theatre Festival this musical opened to audiences in NYC in the fall of 2009.  Casey's next musical "Sweethouse", with writer Debbie Haber, opened in December 2010 at the Nazareth Arts Center in Rochester N.Y.  Promoting healthy eating and exercise habits to young children this lively musical toured into all 40 Rochester Schools reaching over 20,000 children in 2011.  His third endeavor, "Moses Man", also with writer Debbie Haber is scheduled for it's first performances this spring, 2013.

What makes Casey's service so special is that it is scaleable to any project and any budget.   Whether with individuals or companies, for personal use or major media audiences, from the affordable local jingle package to major TV/movie themes, the same high quality standards are applied.

Please contact Casey to discuss your next music project - no obligation  - just new ideas, and quality work. If you need music.  Also - please visit the new Musical Theatre section of the site.